Mentors Milton and Cindy Brekle have fostered ten children in the 15 years they have been licensed foster parents with Alabama MENTOR. They’ve adopted six children, and many more—neighborhood kids, nieces, nephews—have filled their home through the years. Children who come into the Brekle home come with challenges. High medical needs and failed placements don’t deter Milton and Cindy.

“The dynamics of their family are great—you can’t help but feel welcome,” said DeAnna Hand, area director at Alabama MENTOR.

“They are a true parenting team and pull from each other strength and support.”

Their dedication to family unity and ability to adapt is far reaching. As they welcome children and youth into their lives with open arms, they do the same for the family and relatives that are part of the children’s lives.

“We try to go the extra mile with each parent so the child has the opportunity to go home,” said Cindy.

At 19, Chantz was confined to a hospital bed and tethered to a number of tubes. His relative could not provide the level of care he needed at the time. That’s when Milton and Cindy were matched with him. Not only did the Brekles have the skills to meet Chantz’s needs, but they also had one key thing in common. They cheered for the same football team. In Alabama, that’s no small matter. You are either an Auburn fan or a University of Alabama fan. The Brekles are ‘Bama fans all the way.

“What do you like?” asked Cindy during their first meeting. Chantz responded with the university’s motto: “Roll, Tide, Roll.” A match was made.

With the help of the Brekles, Chantz thrived in his new home. The teenager who was previously confined to bed was sitting upright 10 to 12 hours a day. He finished high school after not attending for years. He traveled to the beach and to football games. He even attended his prom. Chantz is now 21, and like all parents, the Brekles prepared to let this particular bird fly from the nest. A van was purchased with the help of the community, and Chantz moved to the home of a relative able to care for him. Of course, Cindy and Milton have contact with Chantz nearly every day. Chantz, a youth formerly supported in the Brekles home

A Network of Support

The youth Cindy and Milton care for have unique needs that require support. In addition to carefully matching children with the foster parents who can support them, we also provide 24/7 support, case management and skill development opportunities. The Brekles know we’re with them every step of the way. 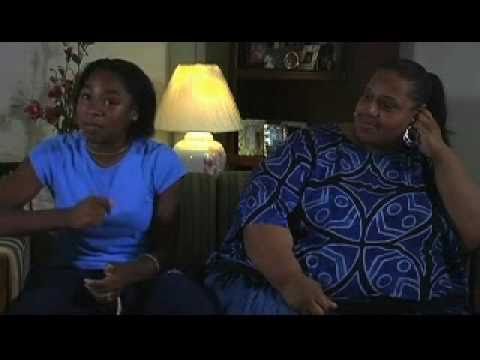 A Successful Match in Foster Care

Shay and Sandra are a true testament to the success of The MENTOR Network's Therapeutic Foster Care program.